Has Our Real Estate Market Peaked? 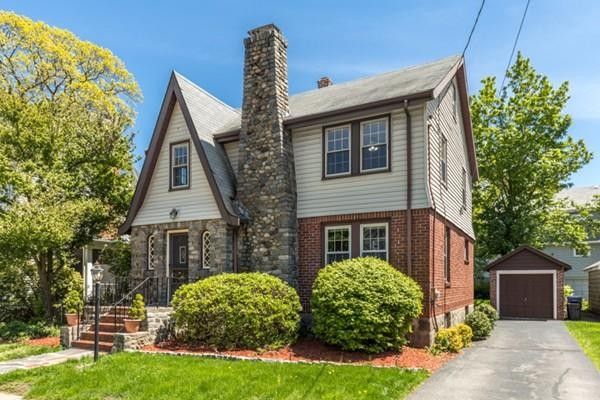 This charming-looking home in West Roxbury sold after having an open house; but...

there was no bidding war and it sold for less than asking. Why?
The principal reason why most markets across the metroplex saw a decrease in sales and an increase in inventory in July can be attributed to the normal ebb and flow of real estate activity. Unlike what the general public thinks, summertime is not the best to sell. In fact, it is a good time to buy. Historically speaking, sales fall off in July and August around the metroplex and then pick up again in September-October.
This past month, we have seen slight to significant changes in market activity. Whether this can be attributed to a normal summer hiatus or to the market having peaked. We will know more over the next couple of months. I am inclined to believe that the market has peaked because up until now, sales have been a constant high month after month, such that 2021 is positioned to be the best year ever for volume of sales and pricing.
Considering that most of eastern Massachusetts is still a great place to be a selling one's home, it is easier to list those areas (just Boston neighborhoods) which favor buyers. You will notice that most towns and neighborhoods have kept in lockstep with each other, such that the order of top-selling or slow-selling areas remains basically unchanged from last month:

Your best opportunities to get a deal on your purchase or at least to avoid bidding wars is to look at areas where the AR is greater than 4.5 (ideally, greater than 6). The lower the AR amount, the more competition you will have with other buyers and the less interested sellers will be to negotiate. The two best places around Boston to buy today are in the neighborhoods of Chinatown and Downtown. With all the inventory on the market, you should be able to negotiate yourself a deal here.

Unlike buyers, you will find most areas of the greater Boston area favor sellers. Look, for example, at Concord or South Boston where the number of supply of inventory at the end of July is lower than than the historic supply of inventory on the market. Areas like these two have outperformed the rest of the metroplex. Even in a changing market, a properly-priced home should sell very quickly in any of the areas where the Inventory Supply and the Historical AR are both 1 or less.

The two worst places around Boston to try and sell today are in the neighborhoods of Chinatown and Downtown.

Whether you are buying or selling or both, contact me if you want the best strategy for dealing with the market your particular area is in now.

Find Your Home with Jim