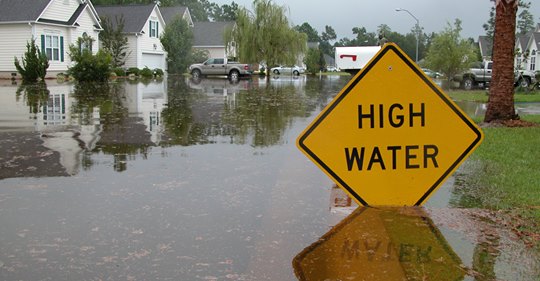 On Wednesday, December 26, the Federal Emergency Management Agency (FEMA) notified insurers that they would not be able to sell or renew flood insurance policies under the National Flood Insurance Program (NFIP) during the partial government shutdown. Insurers could however still pay claims on existing policies.

The National Association of REALTORS® (NAR), together with most of the insurance groups, responded strongly and swiftly, noting that on Friday, December 21, Congress and President Trump enacted legislation specifically reauthorizing the NFIP through May 31, 2019. NAR is working with FEMA, the White House and Congress to find a way forward and resolve this situation.

FEMA made the announcement under the Antideficiency Act, which generally prohibits federal spending in excess or advance of appropriations, except in cases of "emergencies involving … protection of property." This is one of the few federal laws where a violation carries penalties up to and including imprisonment of federal employees.

FEMA has asked NAR for any property sales data that would justify an exception to the Antideficiency Act and allow NFIP to resume selling flood insurance policies. NAR has provided our research confirming 40,000 home sales are at stake each month NFIP cannot write policies, and will be following up with additional data.

Update as of January 3... FEMA will now underwrite new policies!!

Find Your Home with Jim