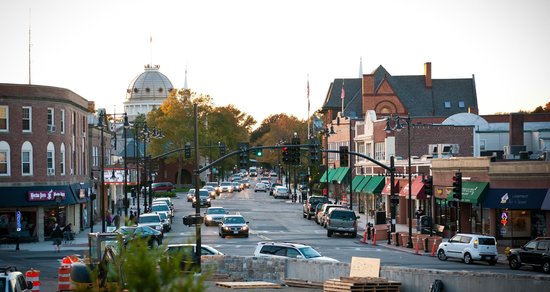 Dedham is the county seat for Norfolk County and enjoys a high percentage of commercial property which provides a tremendous commercial tax base, and which, thankfully, keeps the residential tax rate more affordable. Jim's family actively considered relocating to Dedham because of its terrific shopping at Legacy Place; but opted for a shorter commute time to Chestnut Hill and Boston's lower tax rate.

Dedham is a diverse community consisting of pockets of million-dollar estates along with more affordable housing. For example, historic Dedham boasts a remarkably well preserved town center with many handsome, historic houses like the Endicott Estate. By and large, Dedham is a community of modest homes - many with less than 2,000 square feet of living area - and very affordable in comparison to Boston's western suburbs. As one of America's oldest towns, Dedham is rich in history and culture, not to mention being a family friendly community with a population around 25,000. 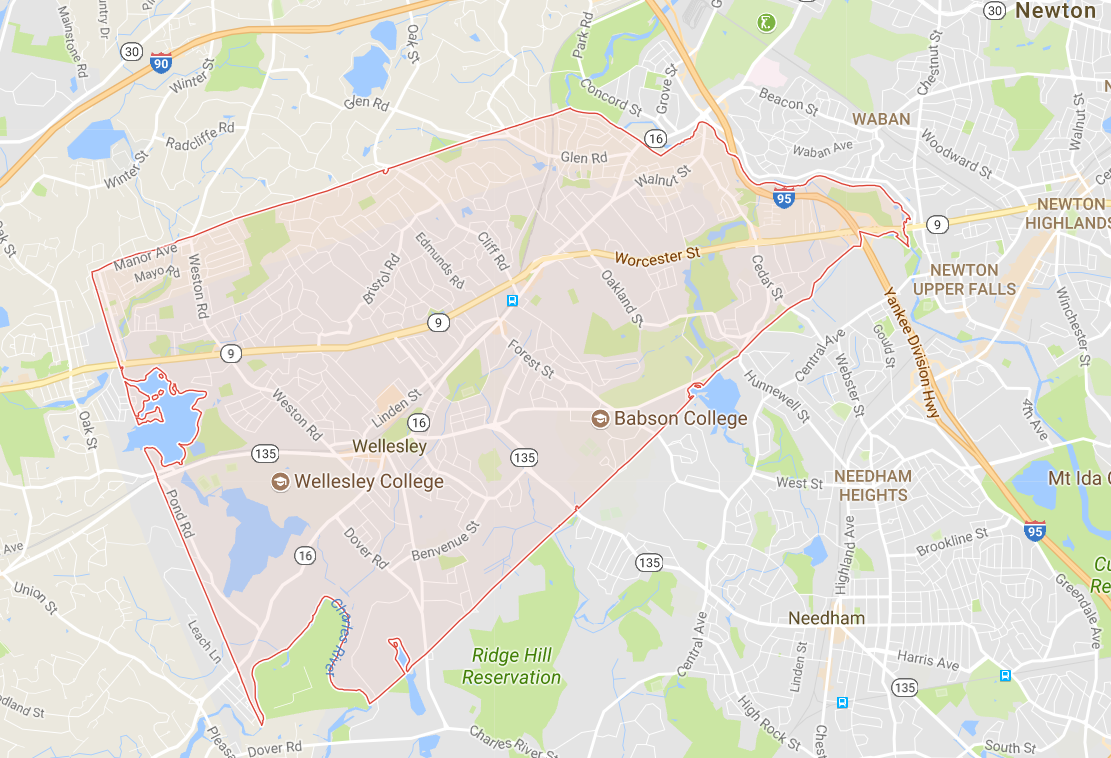 Dedham, being predominantly inside the 128 loop, enjoys a prime location offering easy, direct access to Boston and other points north, south, and west via SR-128/I-95 and I-93. In fact, commuting time to Boston is just 20 minutes via commuter rail or 30 minutes via I-93. Dedham abuts Boston's neighborhoods of West Roxbury to the north and Readville to the northeast, the towns of Westwood to the southwest and Canton to the southeast, Needham to the west, and Newton to the northwest. 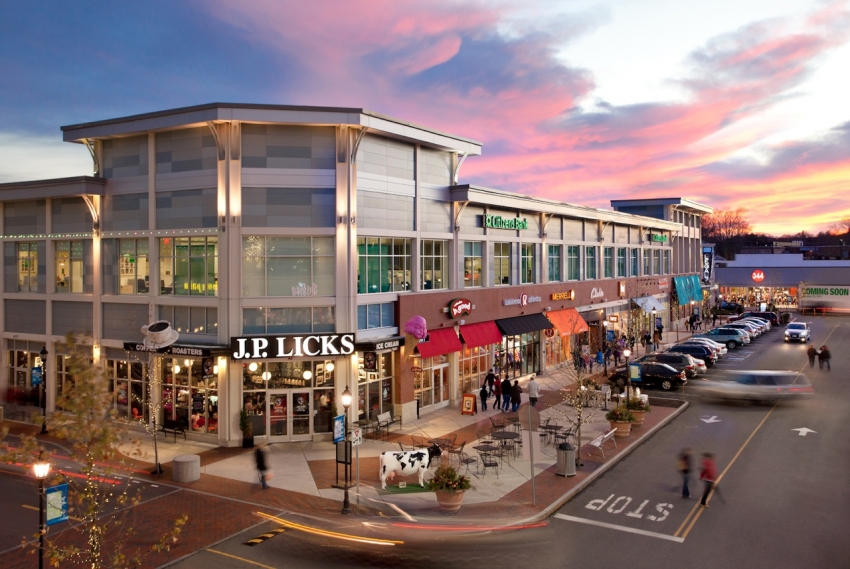 Legacy Place is one of Dedham's focal points. Jim likes to say, "All (Dedham) roads lead to Legacy Place!" Perhaps this is why Jim and his wife find themselves in Dedham at least twice a week. Why? Because Legacy Place itself boasts a large complex that combines shopping with entertainment: Costco Warehouse and gas station; a Kings entertainment complex with bowling lanes; Showcase Cinema de Lux with 15 screens; JP Licks, Good Eats, Shake Shack, Legal Seafood, Whole Foods market; and on and on. However, the majority of big-box stores are located in the neighboring towns of Newton and Westwood. 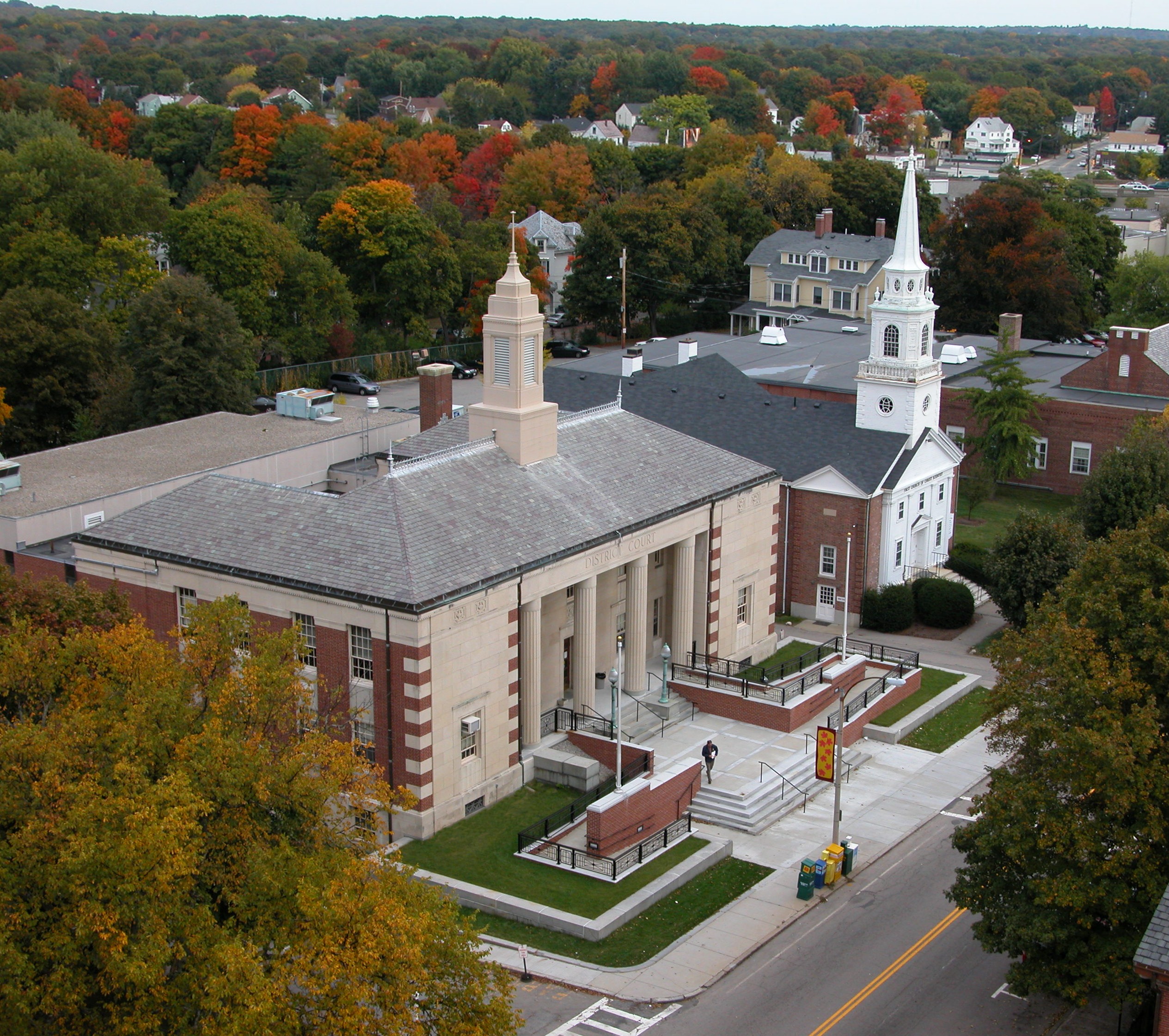 A drive through historic Dedham reveals a charming area of rich and diverse architecture. Look at its monumental granite court house of Greek Revival design, a stunning Victorian prison, the limestone Neoclassical Registry of Deeds, a stately Romanesque Revival public library, and the beautiful Renaissance and Georgian Revival schools.And we mustn't forget the Fairbanks House is the oldest standing timber-frame house in America. 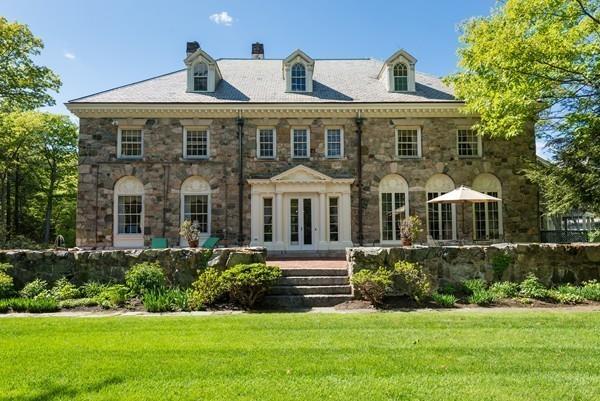 The Neighborhoods of Dedham 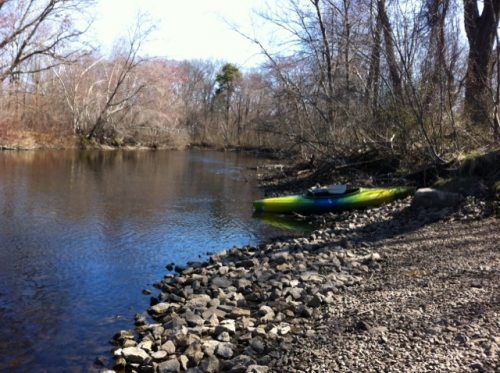 Dedham has several parks to enjoy whether you are into hiking or dog walking. Dedham is home to several state parks managed by the Department of Conservation and Recreation (DCR), as well as properties owned by the Dedham Land Trust, and NewBridge on the Charles, all of which are open to the public. These natural areas offer miles of hiking trails, bird watching, and escape from the hustle and bustle of daily life. In upper Dedham there is a network of marked trails that lead you from the Town’s Dolan Recreation Center on Common Street to Whitcomb Woods, where you can choose to either cross Common Street to DCR’s Wilson Mountain or continue on to NewBridge on the Charles trails. Although there is a dog park at the Dolan Recreation Centre on 269 Common St, our family's favorite place to run our dogs is at Wilson Mountain. After a hike up or around the "mountain" our dogs can cool off in the pond located behind Northeastern's Grass Hockey Field. In East Dedham there is a trail network that leads you from Mill Pond Park on Colburn Street along Mother Brook. And then there's Dedham Town Forest. It is situated between the northbound and southbound lanes of route 128 (I-95) and is accessed through a gate on 1A. You will need to park in the Holiday Inn or Dedham Savings parking lots or on Fay St. More info here. 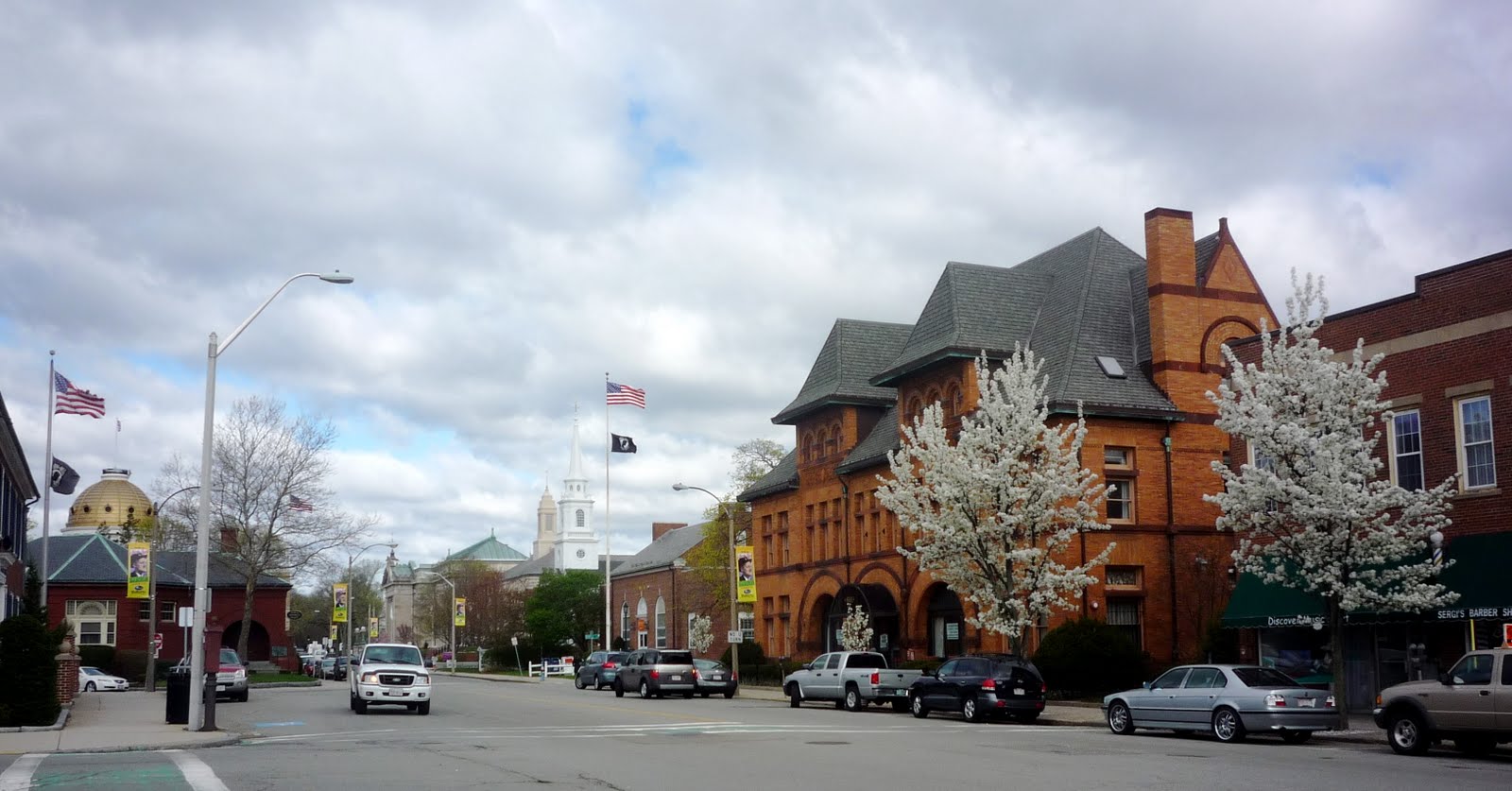 To keep up with daily goings on, in general, you can check in online with the Dedham Patch, The Dedham Transcript, The Dedham Times, Topix, or, of course, the Boston Globe and the Boston Herald.

If you have a specific property in mind that you think you might like to buy, the Town of Dedham maintains a database for the City Assessor which you can access to see what value the City gives the property, what the annual taxes are, etc. 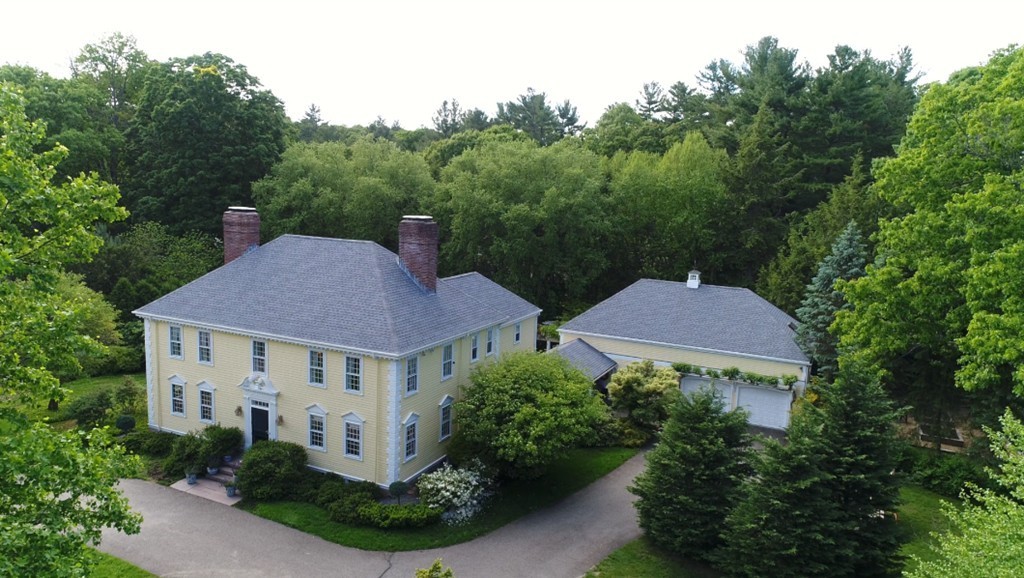 Single family homes in Dedham have been running from $330,000 to $3,200,000 while condominiums have been running from $250,000 to $1,500,000. Pricing varies depending upon size, location, and amenities. Real estate markets are very fluid and can fluctuate in a matter of hours because homes come on and off the market daily... even hourly. What is currently offered for sale is listed below. The following chart is a visual representation of the cyclical nature of real estate and compares the ups and downs of Chestnut Hill to those of Boston proper. The taller the column the better it is for buyers. The shorter the column the better it is for sellers. Hence 2006 was the best time for a buyer to buy in Dedham, while 2018 was a great year for sellers. However, buyers will be happy to know that the graphic below indicates a weakening seller's market. 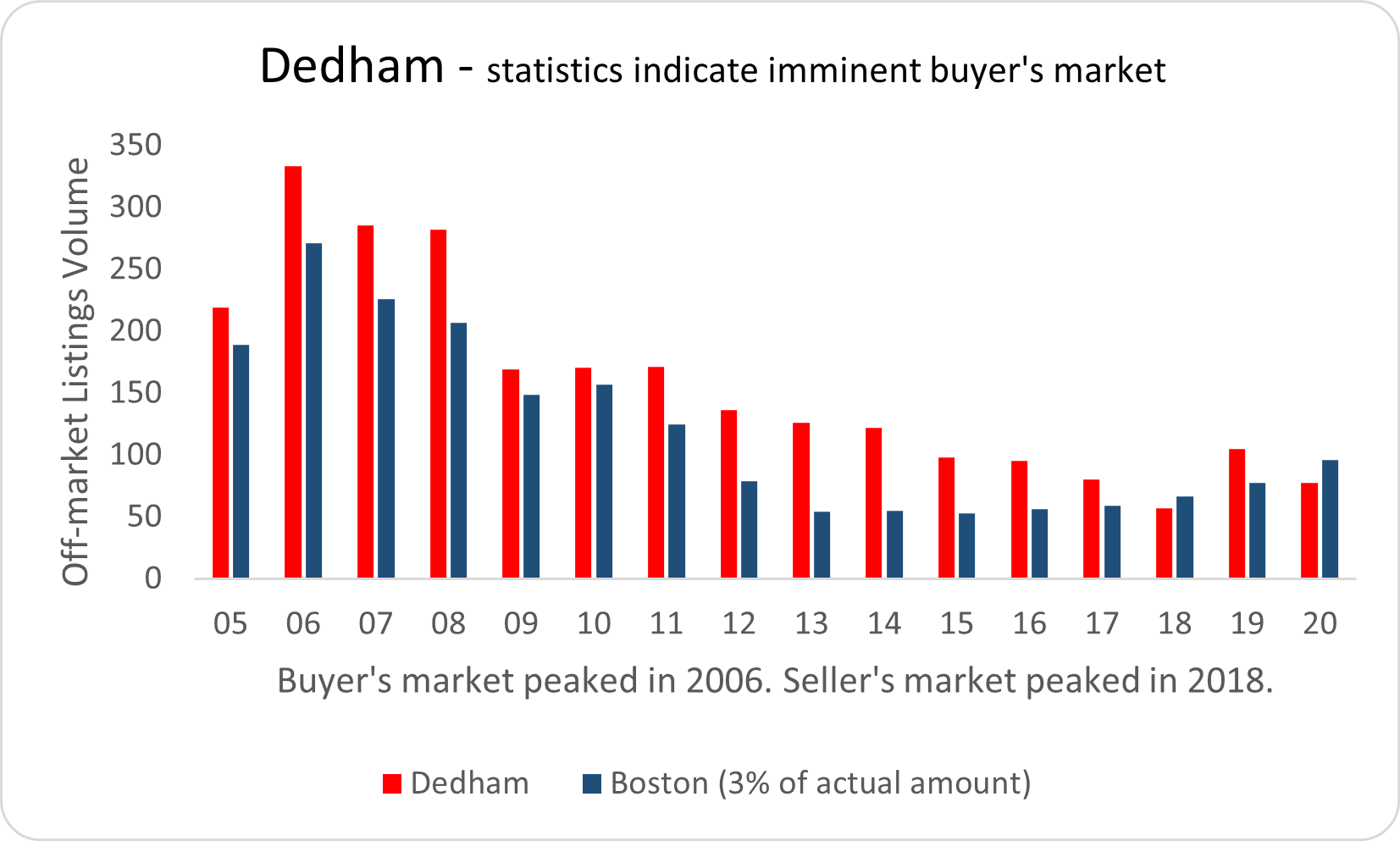 This is Dedham's best real estate site to search for: homes, land and foreclosure properties. It is seriously the only site you will ever need to find your next home or investment property! Bookmark this page and check back anytime to see what is currently available in Dedham. Unlike other search sites which includes properties already under contract, this site only shows properties that are truly available. This site is updated by the official REALTOR®’s database every 15 minutes.

Here, you can save searches, and get daily email alerts of new listings, price changes, sold data, and market reports for Dedham. Our map search feature allows you to search and view properties on a map which you can manipulate simply by clicking on the map and moving it around. To save a map search, zoom in or out over your preferred area and then,

Not really confining your search to Dedham? Click on Refine Your Search at the top of the page and enter the town/neighborhood you wish to focus on. 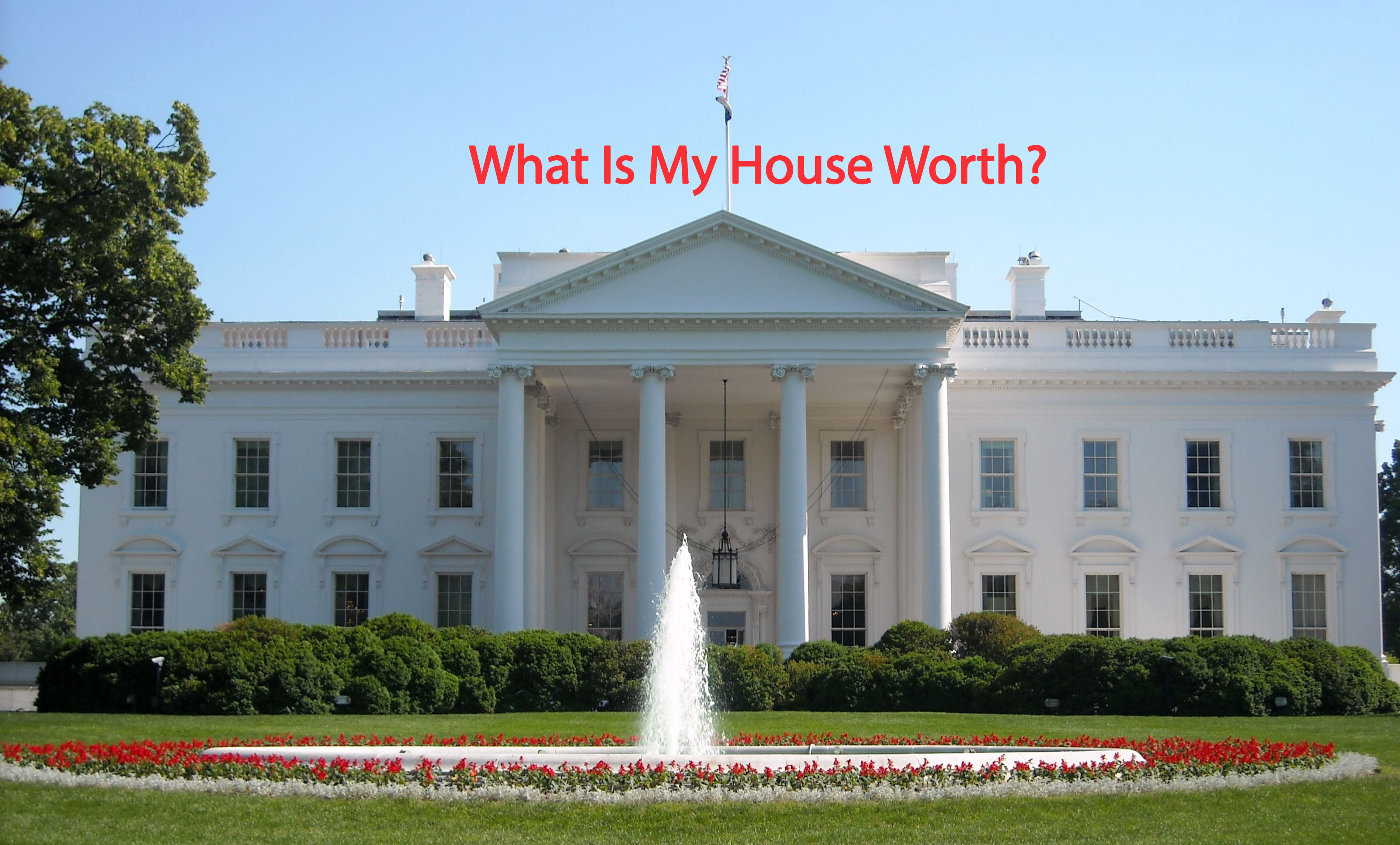 Are you already a homeowner and considering selling/refinancing your home or just curious about its current value?

Get an ACCURATE property valuation now!

Curious about what’s happening in your neighborhood? You can create a custom market report to see what’s active, under contract, and sold in your neighborhood! Not tech savvy? Contact us and we'll set it up for you or assist you in any other way to make your next move painless and perhaps enjoyable!

Great Schools provides ratings for most schools in the United States. Below, you can see what schools are near the address you are thinking of buying and then compare it to other neighboring schools.

Land may be part of Acquifier. Will need Town Approval. Buyer and Agent to do due diligence. Currently listed with Town as Residential Undevelopal Land but was listed as ...

Comfortably settled in Dedham Square with walkability to the village shops and restaurants, parks and public transportation. Live in the company of history in a tastefull...

Courtesy of The Mello Group, Inc.

Listing courtesy of Kathleen McCrea from The Mello Group, Inc.

Motivated seller! 2+ acre lot in Precinct 1. Zoned as residential potentially developable land with the Town of Dedham. Sellers make no guarantees about its usage. Buyer/...

Recently renovated quaint and cozy home with two bedrooms, a bath and an easily expandable 2nd floor. Everything in this home is virtually new or newer. New kitchen, ha...

Vacant land for sale. Potential house lot with 3.72 acres abutting Charles River. Existing driveway & old garage on site. Buyer to do their own due diligence.

This charming Dutch Colonial is on a beautiful dead end street in East Dedham. With hardwood floors throughout, the first floor has a spacious living room with working fi...

If you have been looking for a great home in Dedham, 104 Crane Street is for you! As you enter into the open concept living space, you will find an updated kitchen with...

Traditional center-entrance gambrel colonial situated, beautifully, on large lot, offering tremendous curb appeal. As you enter the home, you are greeted with a generous...

Listing courtesy of The Results Team from RE/MAX Executive Realty

On a quiet dead-end side street, this young home has hardwood floors & beautiful appointments throughout! Front farmers porch welcomes you home. Dining room (currently u...

Gorgeous turnkey colonial in the highly desirable Greenlodge neighborhood is an absolute must see! Built in 2006, this young home has been recently refreshed w/ high end ...

Oversized duplex! Each unit has 4 bedrooms. One unit has 2 full baths , the other has 1 full bath. Two driveways. Use your creative skills and imagination for the 1300 s...

Quaintly situated on approximately one-quarter of a gently-sloped acre in historic, private and coveted Endicott, Dedham location, a hidden gem awaits its next proud owne...

Unique one of a kind offering in the elite section of Precinct 1. Private estate transformed into 4 Luxurious 2 & 3 story residences; all the space & privacy of single fa...

Breathtakingly charming and full of character in Precinct 1.The c.1892 converted carriage house boasts the finest of finishes throughout! The home's beautiful craftsmansh...